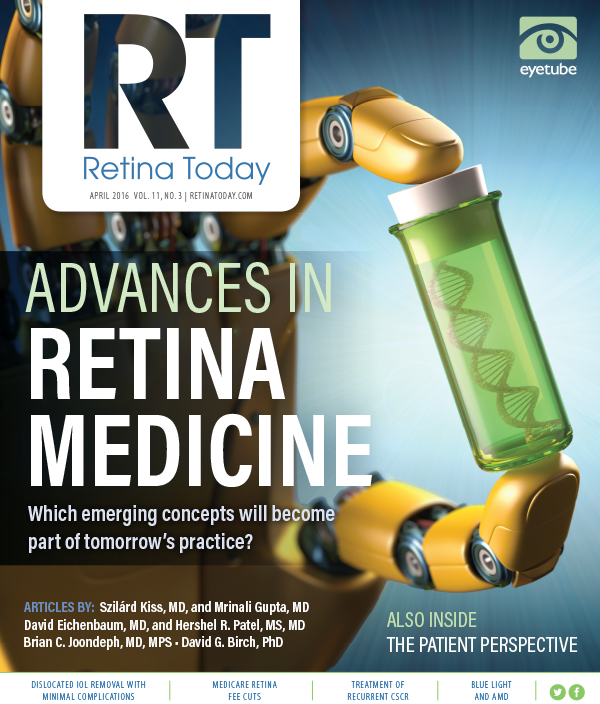 Study: Higher Risk for Neurodevelopmental Disabilities With Bevacizumab for ROP

Preterm infants with retinopathy of prematurity (ROP) treated with bevacizumab (Avastin, Genentech) were more than three times more likely to develop severe neurodevelopmental disabilities than those treated with laser, according to research published in Pediatrics.1

Of 125 infants with ROP in the study, 27 received bevacizumab therapy and 98 received laser therapy. The researchers used the Bayley Scales of Infant and Toddler Development Third Edition to score motor skills, language, and cognition. Patients in the bevacizumab arm scored a motor composite score of 81, compared with a score of 88 in the laser arm. The language composite score in the bevacizumab group was 79, compared with 89 in the laser group, and the cognitive score was 90 for both the bevacizumab and laser groups. Significance was detected in motor score only (P = .02).

After adjusting for gestational age, sex, maternal education, Score for Neonatal Acute Physiology II score, bronchopulmonary dysplasia, sepsis, and severe brain injury, the researchers found that the odds of severe neurodevelopmental disabilities was 3.1 times higher for infants in the bevacizumab arm than for those in the laser arm.

US, EU Regulators Clear Widefield Imaging Systems for Pediatric Use

In March, the US Food and Drug Administration (FDA) cleared the PanoCam Pro Wide-field Imaging System (Visunex) for imaging all newborn infants. The same month, European regulators granted the CE Mark to the company’s compact PanoCam LT Wide-field Imaging System. Both PanoCam devices are wireless imaging systems that can be used to screen for surface and subsurface retinal pathologies in infants.

In addition to performing established, clinically valued screenings for retinoblastoma and ROP, “Many clinicians believe the vision screening of newborns with the PanoCam Pro may help shed additional light on the significance of disorders such as retinal hemorrhages which may be a precursor to amblyopia,” the company said in a press release.

Mean central macular thickness (CMT) of patients with diabetic macular edema (DME) who were treated with at least one intravitreal injection of bevacizumab decreased significantly at 60 months, according to results from the Pan-American Collaborative Retina Study group published in the British Journal of Ophthalmology.1

For 60 months, researchers followed nearly 300 eyes with DME that received at least one intravitreal bevacizumab injection; on average, eyes received 8.4 injections. At 60 months, mean CMT had decreased significantly, from 404 µm to 314 µm. BCVA was also measured at 60 months; nearly one-third of eyes improved by at least 2 lines, and about one-quarter of eyes lost 2 lines.

The inner retina appears not to be involved in hydroxychloroquine-induced retinopathy, and a new approach to screening might yield better early detection results, a paper in JAMA Ophthalmology suggested.1

To determine whether changes in the retina might signal impending toxic effects of hydroxychloroquine use before the development of retinopathy, researchers performed a retrospective record review comparing spectral-domain optical coherence tomography findings in 32 patients without retinopathy. Of this population, 27 age-matched patients were divided based on the duration of drug use; 12 patients had used the drug for less than 5 years, and 15 had used it for longer than 15 years. The researchers also compared the retinal layers in patients (regardless of age parameters) during 25 to 52 months of follow-up among those with initial use of less than 5 years (n = 7) or longer than 15 years (n = 8).

The researchers concluded that, for early detection of hydroxychloroquine-induced retinopathy after therapy is stopped, “These data suggest that screening should seek distinct new areas of retinopathy (shown by topographic thickness maps), rather than long-term progressive thinning.”

The first patient in a phase 1/2a trial assessing the safety of RST-001 (RetroSense) in patients with retinitis pigmentosa (RP) has been successfully treated, according to a press release.

RST-001 is a first-in-class gene therapy application of optogenetics, a term that refers broadly to conferring light sensitivity to cells that were not previously light-sensitive.

The study is composed of two parts. An initial dose-ranging study will assess three dose levels of RST-001 in three groups of adult patients with advanced disease. A second part of the study will collect additional safety data at the highest tolerated dose.

The FDA granted orphan drug designation for RST-001 to treat RP in 2014.

The prevalence of diabetic retinopathy (DR) and sight-threatening DR in the American inpatient population is likely significantly higher than in the general American diabetic population, according to research published in BMJ Open Diabetes Research & Care.1

Researchers performed a cross-sectional analysis of 113 patients with diabetes admitted to a Pittsburgh hospital. The estimated prevalence of DR in the inpatient population was 44%. The researchers estimated that 25% of patients had undiagnosed DR and 19% had undiagnosed sight-threatening DR.

Several risk factors were independently associated with DR, including renal disease and longer duration of diabetes. Of patients with diabetic foot ulcers or osteomyelitis, 15 of 17 had DR.

The meta-analysis found no other identifiable associations or risk factors for reopening, according to the researchers. n