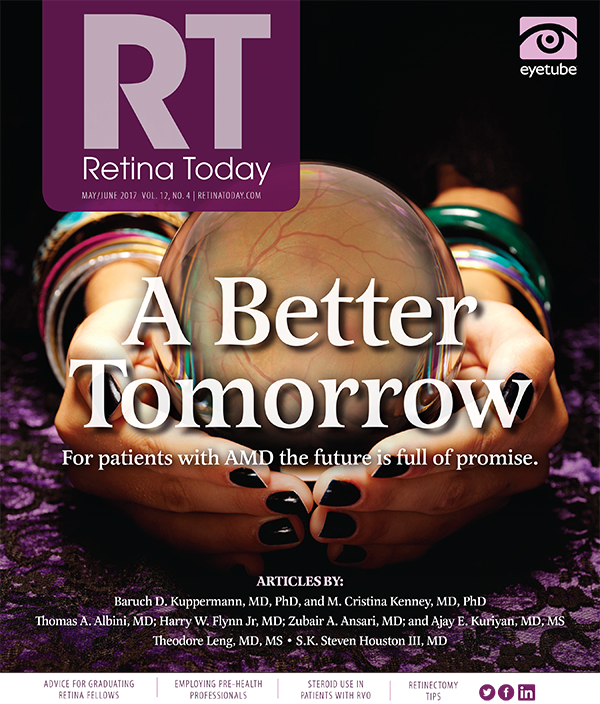 How the AAO Helped Stop a Washington Disaster

By George A. Williams, MD

Medicare patients rely on access to sight-saving treatments available only through the Medicare Part B drug program. Every day, retina specialists witness the remarkable efficacy of these drugs. However, this therapeutic success comes at a substantial price. The annual cost of retina drugs now exceeds $2 billion and is growing. In the current value-based cost-control era, these costs are an obvious target.

Last year, the US Centers for Medicare and Medicaid Services (CMS) proposed a new system to explore whether changing the payment structure for Part B drugs could incentivize physicians to use less expensive drugs. The agency proposed a flawed Part B drug demonstration project that was designed to lower costs by cutting payments to physicians. No attempt was made to control actual drug prices. The rationale was to diminish the perceived incentive to use more expensive drugs by decreasing the margin on the average sales price of the drug. The adverse effects of this proposal on patient care by limiting access to more expensive drugs quickly became apparent.

At the same time, another federal agency, the US Food and Drug Administration (FDA) was finalizing guidance on access to compounded drugs, most notably bevacizumab (Avastin, Genentech). The initial guidance proposed beyond-use dates that for all intents and purposes would have eliminated access to the lower-priced alternative while also eliminating office access to other compounded drugs such as intravitreal antibiotics.

AAO at the Senate Rand Paul, MD
Republican (Kentucky)
As the only ophthalmologist in Congress, Senator Paul was an early champion for withdrawing the CMS Part B payment demonstration project that was designed to lower costs by cutting payments to physicians. WHAT THE AAO DID

The American Academy of Ophthalmology (AAO) assembled a coalition of stakeholders, including specialty societies and advocacy groups, to explain to the federal agencies the ramifications of both proposals and their potential adverse effects on patient care. We demanded the immediate withdrawal of the CMS Part B demonstration project. The AAO’s Washington staff office spoke to members of Congress and their staffs to encourage bipartisan support for withdrawal. An early champion for our position was Sen. Rand Paul, MD (R-Ky.), the only ophthalmologist in Congress.

Additionally, AAO members met with leadership of both CMS and the FDA to explain the potential adverse consequences of the proposals. Suber S. Huang, MD, MBA, and John Thompson, MD, were particularly crucial and effective in these discussions.

Eventually, the AAO and more than 300 other groups called on CMS to withdraw the Part B drug proposal. It is important to remember that these discussions were occurring in an election year, when the focus on policy is perhaps not as sharp as it is at other times. Therefore, we were pleasantly surprised when, a few weeks after the election, CMS announced that it was dropping the proposal. Sen. Charles Schumer (D-N.Y.) was instrumental in convincing CMS of the bipartisan opposition to the proposal.

Recently, the FDA released further guidance on compounded drugs that reflects many of the comments and concerns of the AAO. While not ideal and certainly not everything that the AAO asked for, the recent guidance appears to provide a pathway for continued access to compounded drugs and biologics. The AAO and other stakeholders are continuing to analyze the FDA guidance. This year’s change in administration may provide further opportunity for regulatory simplification and even better access to safe and effective compounded drugs and biologics.

The defeat of the Part B drug proposal and the reversal of the FDA compounding limitations are excellent examples of the power of patient-centered advocacy. These proposals were not just bad policy, they were bad medicine.

Although the Part B drug proposal has been stopped, the underlying issue of drug costs remains. The AAO expects that CMS will consider alternative proposals to control costs. These proposals will likely originate from the Center for Medicare and Medicaid Innovation, a branch of CMS created under the Patient Protection and Affordable Care Act that has broad regulatory authority to test new payment models. The AAO is optimistic that CMS will seek input from the AAO and other stakeholders prior to implementation to ensure that any new proposals are patient-centered and medically sound.