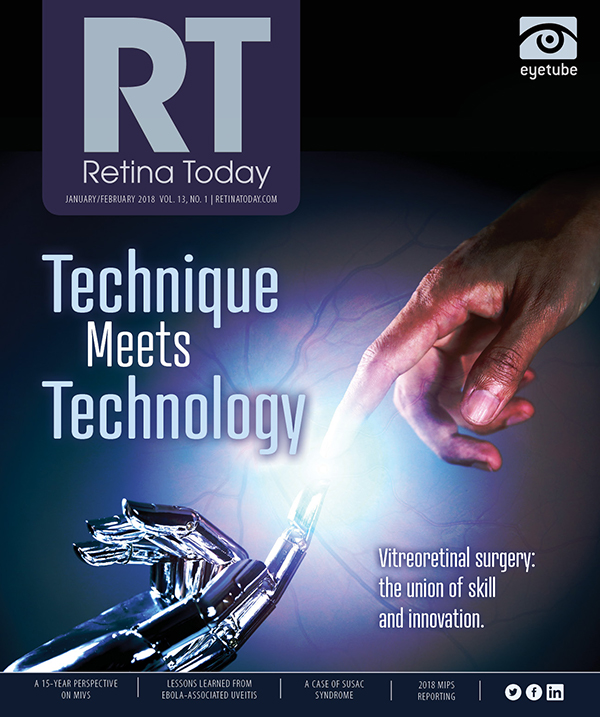 A patient’s signs and symptoms point to a particular diagnosis, but her financial status delayed her seeking care.

A 57-year-old white woman was referred to our clinic for decreased vision in her right eye (OD) that began more than 6 months ago. She also reported mild visual changes in her left eye (OS). The patient described her vision as blurry and dark but reported no other visual complaints or significant ocular history. Her medical history included thyroid dysfunction and migraines. She is an active smoker.

• Women with multiple BRAOs may have Susac syndrome.
• Susac syndrome is a rare disorder characterized by encephalopathy, BRAO, and hearing loss.
• Treatment options for Susac syndrome include immunosuppressive agents and corticosteroids. The optic nerve OD was significant for superior nerve pallor. Examination further revealed a branch retinal artery occlusion (BRAO) OD on the superotemporal branch of the central retinal artery on the optic nerve, another along the superotemporal arcade, and two artery occlusions along the inferotemporal arcade (Figure 1A). The optic nerve OS was unremarkable. Examination OS revealed two BRAOs, one inferonasal and one temporal to the fovea (Figure 1B). Neither sheathing nor cuffing were present OU, and the peripheral examinations were normal. In further review of symptoms, the patient reported no jaw claudication, scalp tenderness, or fatigue. She also reported no fevers, chills, chest pain, shortness of breath, joint pain, or rashes. She reported no history of diabetes, hypertension, stroke, or heart disease. She reported no intravenous or other drug use. She had experienced episodes of dizziness, severe hearing loss, occasional confusion, persistent headaches, and other neurologic symptoms for 3 years, but her financial situation prevented her from seeking care for these symptoms previously.

A carotid ultrasound and echocardiogram were ordered to rule out a vascular etiology for the multiple retinal artery occlusions. The ultrasound revealed mild stenosis (less than 50% blockage1) of the right carotid artery and moderate stenosis (50-79% blockage1) of the left carotid artery. No intracardiac mass or thrombus was seen on echocardiogram, and a patent foramen ovale was ruled out with a bubble study.

Erythrocyte sedimentation rate and C-reactive protein tests were normal. Homocysteine levels, antiphospholipid antibodies, anticardiolipin antibodies, and magnetic resonance imaging (MRI) of the brain are pending for financial reasons. The patient was referred to neurology for further workup and possible treatment.

Susac syndrome is a rare autoimmune endotheliopathy that should be considered in women aged 20 to 40 years with retinal vascular occlusions that lack vascular risk factors.2 It is characterized by encephalopathy, hearing loss, and BRAOs.3-8 It is important to note that the full clinical triad of characteristics are present in only 13% of patients at initial clinical presentation.5,7 Frequently, encephalopathy is the initial manifestation, and headaches are the most common symptom.3,5,7 Visual symptoms are the next most common manifestation, followed by auditory problems.7

Due to the subtle onset of symptoms, Susac syndrome can present similarly to disorders such as vascular occlusive disease, demyelinating disease, and other autoimmune diseases. It is frequently misdiagnosed on initial examination.6

In addition to headaches, other manifestations of encephalopathy include cognitive disturbances, confusion or disorientation, memory loss, and psychiatric changes.5,7 Audiologic manifestations of Susac syndrome are typically bilateral. These findings include vertigo, tinnitus, and low-frequency hearing loss.5-8

BRAOs are present in 99% to 100% of patients with Susac syndrome.3-6 Typically, the occlusions occur bilaterally, with multiple occlusions present.5

In addition to BRAO, other findings on FA include Gass plaques and arterial wall hyperfluorescence. Gass plaques, which may resolve after initial appearance, are attributed to the leakage of blood lipids into the arterial walls. Because Gass plaques arise from sites of vessel injury, they can be visualized on FA during the active stage of the disease but may not be visible later. These plaques also appear more commonly in mid-arteriolar segments and rarely appear at bifurcations.

Additional ocular findings that can occur during the active phase of Susac syndrome include a cherry red spot, boxcar segmentation on FA, cotton-wool spots, and periarterial whitening. In the later stages of Susac syndrome, optic disc pallor, vascular sheathing and silver wiring, and constriction of arterioles may be noted on funduscopic examination.3,4

There are three forms of Susac syndrome. When encephalopathy is the only symptom with minimal or no involvement of the retina, it can resolve spontaneously over a period of 1 to 3 years. In patients who demonstrate recurring episodes of retinal artery occlusions and hearing loss, however, the disease process can take a prolonged chronic course over a period of 3 to 10 years without improvement in symptoms until treated with immunosuppressive therapies. There are no guidelines to aid in the diagnosis and management of Susac syndrome. The current consensus among practitioners is to treat with corticosteroids and immunosuppressive agents. Duration and dosage of treatment options vary.5-8

This case demonstrates the need to consider Susac syndrome in women with multiple BRAOs. Our patient presented after the acute phase of Susac syndrome, and we believe that the arterial wall hyperfluorescence was notable only on the optic nerve OD because it was likely the most recent event. Furthermore, the inferior macula OS revealed vascular remodeling on FA, which suggests that a previous Gass plaque affected the arterial supply to this area. The vascular remodeling has now resolved.