Epiretinal Membrane Surgery: To Peel or Not to Peel the ILM?

Epiretinal membrane (ERM) is a fairly common finding in people over age 50 years. Many ERMs are discovered incidentally during routine ophthalmologic evaluation. Others become symptomatic and require treatment.

• ILM peeling is generally accepted as a fundamental step in macular hole repair, but its role in surgery for ERM remains controversial.

• It is good practice to initiate ILM peeling far from the fovea.

The mainstay of treatment for symptomatic ERM is surgical removal of the ERM. Vitrectomy techniques have evolved over the years. Modern vitreoretinal techniques most likely involve small-gauge vitrectomy and use of intraocular dyes to stain the ERM and facilitate peeling.

Many authors have advocated peeling of the internal limiting membrane (ILM) to decrease the possibility of ERM recurrence.1-4 Although ILM peeling has generally been accepted as a fundamental step in macular hole repair, its role in surgery for ERM remains controversial. In this article, we present a case that illustrates a relatively uncommon complication of ILM peeling. 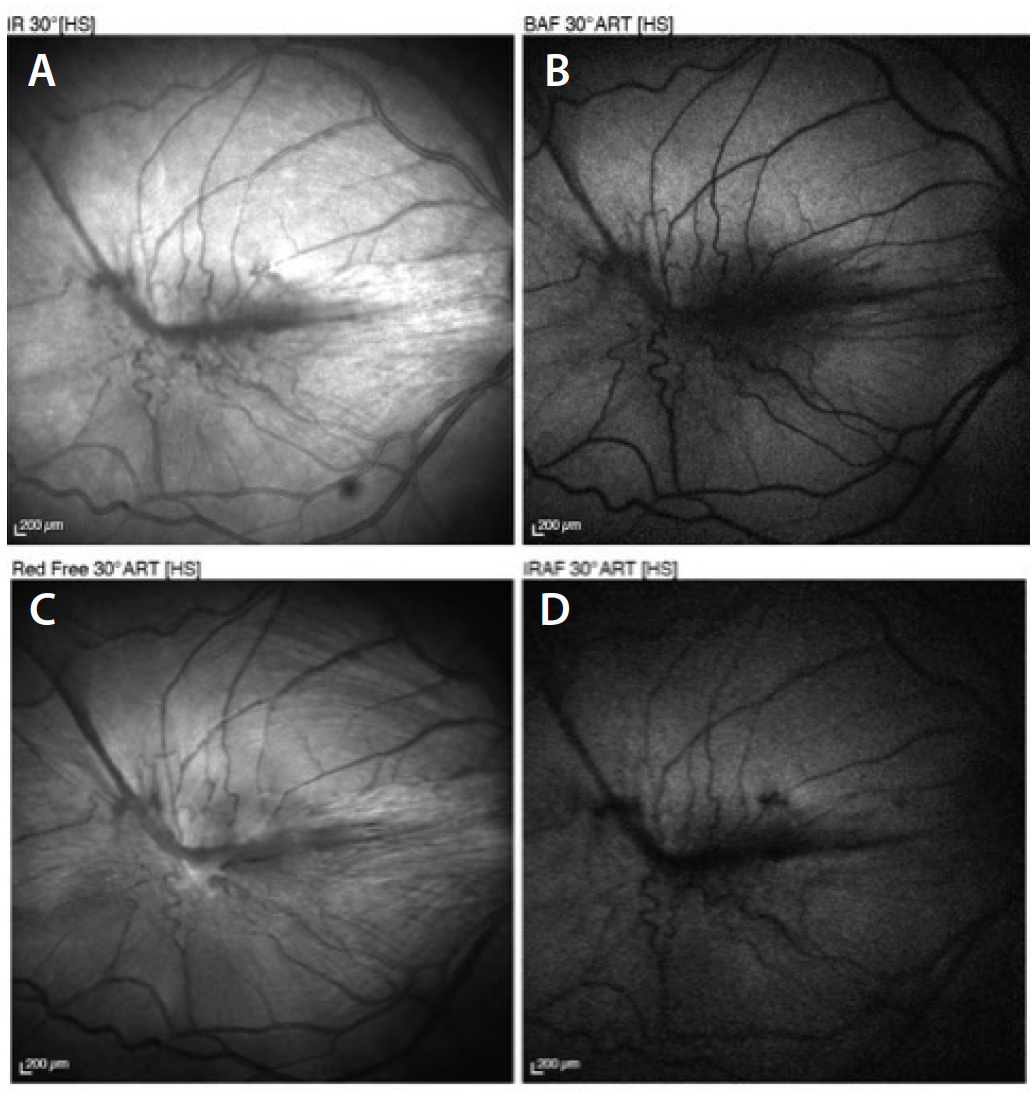 A 64-year-old woman with no significant past medical or ocular history complained of progressive metamorphopsia in her right eye of 3 months’ duration. On examination, her visual acuity was 20/200 and 20/30 in the right and left eyes, respectively. Her pupils were equally round and reactive to light. There was no afferent pupillary defect. Anterior segment examination was unremarkable.

The patient underwent 25-gauge pars plana vitrectomy with membrane stripping. The posterior hyaloid was identified with triamcinolone and removed. Brilliant blue G vital dye was injected to delineate the ERM. Forceps were used to peel the ERM from the surface of the retina. A second injection of brilliant blue G was performed to identify residual ILM. The residual ILM was peeled without complications. 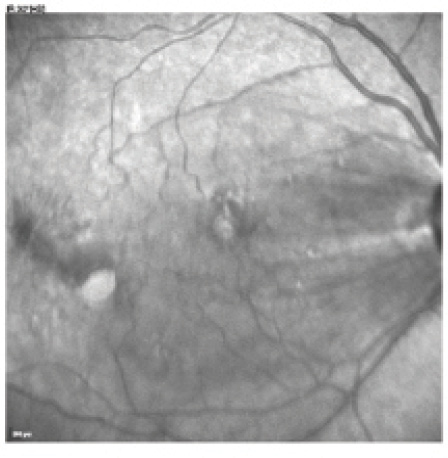 Figure 3. Postoperative infrared reflectance showing the absence of the ERM and the presence of a paracentral full thickness macular hole temporal to the fovea.

Advances in instrumentation and surgical techniques have made removal of an ERM a typical indication for vitreoretinal surgery. Because of its transparent nature, a fine ERM may pose a significant surgical challenge, even to an experienced surgeon. Incomplete removal of the ERM has been identified as a risk factor for ERM recurrence. Several investigators have recommended ILM peeling as a way of reducing the risk of recurrence after ERM removal.5 The use of intraocular dyes such as indocyanine green, trypan blue, and brilliant blue G during vitrectomy has facilitated visualization and peeling of the ILM.6

Even though the ability to stain these tissues has made ILM peeling safer, the procedure is not without complications. Nerve fiber layer damage, retinal edema, retinal hemorrhages, electrophysiologic changes, and visual field changes have all been reported after ILM peeling.7

The pathogenesis of these eccentric or paracentral macular holes remains unclear. It has been suggested that ILM peeling causes Müller cell damage, which in turn causes structural weakening of the retina, leading to macular hole formation.12 According to Mason et al,8 ILM peeling may cause glial apoptosis and reduced retinal function. Others believe that iatrogenic surgical trauma during grasping of the ILM with forceps is responsible for this complication.8,11 Alternatively, it may be that contraction of the remaining edge of the peeled ILM or ERM leads to continued traction and secondary hole formation.8,10

Peeling of the ILM in the surgical management of symptomatic ERMs remains controversial. The literature suggests that there is no added benefit in terms of visual outcomes, when eyes that underwent ILM peeling are compared with eyes that did not have the ILM peeled. ILM peeling may reduce the incidence of recurrent ERM. However, many recurrent ERMs are not visually significant.13

New Uses of the 7th Character in ICD-10-CM Coding