‘Pacman' Invasion of the Retina

A 55-year-old white man presented with complaints of lines in his vision that he first noted the previous evening. By the following day, the lines had doubled in number and were causing blurred vision and mild photopsia. He reported working with mulch about 2 weeks before the onset of symptoms.

The patient presented with BCVA of 20/40 in the right eye and 20/30 in the left eye. Sensorimotor and anterior segment examination results were within normal limits. Funduscopic examination of the right eye revealed multiple circumlinear tracks of varied pigmentation that coursed 360° throughout the posterior pole and into the periphery (Figure 1). A subretinal maggot, fusiform in shape, with multiple striations (Figure 2), was appreciated superotemporal to the fovea with an associated mild subfoveal hemorrhage. 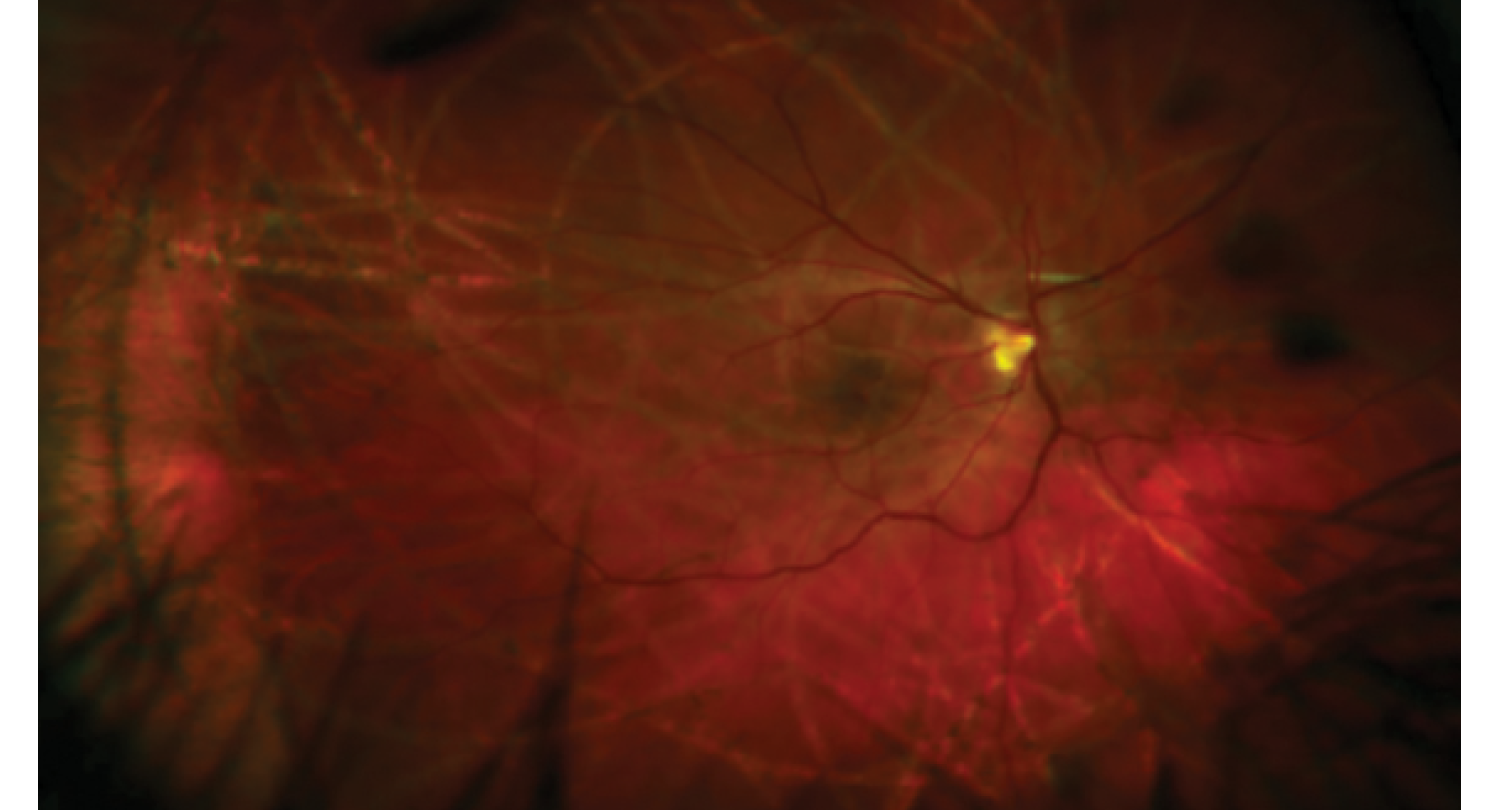 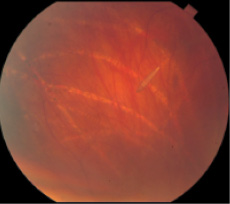 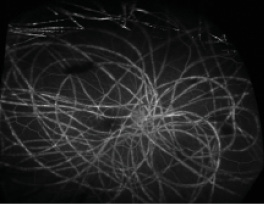 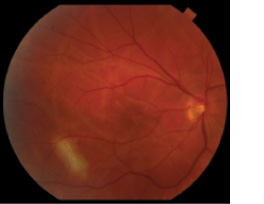 During examination, the maggot was observed to be alive and actively migrating. Multimodal imaging, including OCT, fundus photography, fluorescein angiography (Figure 3), and fundus autofluorescence were performed. Once the maggot moved away from the foveal area, laser photocoagulation with an argon yellow laser was performed. The entire larva was covered, and the maggot was killed (Figure 4).

The patient had a benign postoperative course. At 8 months, his BCVA had returned to 20/20 in each eye, but he still experienced mild residual visual distortion. OCT imaging revealed minimal changes in the ellipsoid zone under the fovea. Fundus photography showed that the maggot had been successfully ablated and had become skeletonized, and that the tracks had become repigmented.

Ophthalmomyiasis interna posterior is an extremely rare condition in which a maggot is found in the posterior segment. Occasionally, maggots burrow through the conjunctiva and eye wall and enter the subretinal space or vitreous cavity. If the maggot is dead, treatment involves observation; if it is alive, treatment involves laser photocoagulation once it has migrated away from the macular region. If the maggot is found in the vitreous cavity, it can lead to significant inflammation and should be removed in toto during vitrectomy.

If you have an image or images you would like to share, email Dr. Nagpal.
Note: Photos should be 400 dpi or higher and at least 10 inches wide.

The Next Frontier of Disease Monitoring and Management?