Debates were frequent at the VBS panel at the Mediterranean Retina 2019 meeting.

As president of the Vit-Buckle Society (VBS), I was honored to attend and moderate a symposium at the Mediterranean Retina 2019 meeting in Dubrovnik, Croatia. Several societies were represented at the meeting, including the European Vitreoretinal Society and the Vitreoretinal Society of India. I was humbled and honored that the VBS was included in this group of distinguished societies.

I moderated a panel on surgical challenges that included Joseph Coney, MD; Matteo Forlini, MD; Hugo Quiroz-Mercado, MD; and Ratko Lazic, MD. Each panelist presented a case that, in the spirit of the VBS Annual Meeting, sparked debate and welcomed new ideas. Here, I summarize those cases.

Dr. Coney presented a case of a 65-year-old aphakic man with a hyphema who received a pars plana vitrectomy (PPV) and a scleral-fixed IOL following a complicated cataract procedure. After hyphema evacuation, the surgeon identified a 4-clock-hour iridodialysis, retained lens material, and an inferior retinal detachment (RD). Anterior and posterior vitrectomy was performed, lens fragments were removed, RD repair was performed, and a modified sewing machine technique was used to repair the iridodialysis. Dr. Coney showed a video demonstrating how the sewing machine technique reattached the iris root to the sclera.

He planned to suture an Akreos IOL (Bausch + Lomb) to the sulcus during a second procedure, at which time he would perform reconstruction of the pupil. Dr. Coney shared a video demonstrating multiple techniques for dealing with a traumatic iridodialysis and repair of an RD and then later placing a secondary lens to maximize visual potential. The panelists debated whether, based on the complexity of the first procedure, a scleral-fixated IOL would have been a better choice than an anterior chamber IOL. They pointed out that, in general, scleral-fixated IOLs have potentially fewer long-term complications (such as uveitis-glaucoma-hyphema syndrome), and noted that recent advances in anterior chamber IOL technology have decreased the risk of complication.

Dr. Quiroz-Mercado shared a case involving a patient with a diabetic tractional RD who had undergone PPV, membrane peel, and silicone oil placement. After surgery, traction remained on the central macula, and the patient reported metamorphopsia.

In this situation, some surgeons may opt for silicone oil removal, secondary PPV, membrane peel, and replacement of the silicone oil. Dr. Quiroz-Mercado, however, decided to perform a membrane peel under silicone oil with the vitreous cutter and did not place infusion in the eye. He used 25-gauge instrumentation.

The panel also discussed the importance of silicone oil removal for this patient and the potential complications related to hemostasis.

Dr. Forlini began his presentation on ocular trauma surgery by pointing out that, in such cases, many vitreoretinal surgeons face the challenge of performing PPV through an opacified cornea, making visualization of the fundus difficult. Media opacities may be due to corneal wounds secondary to the ocular trauma itself.

In his video, Dr. Forlini demonstrated some tips and tricks for PPV in these difficult scenarios. He performs surgery without removing the clouded cornea, thereby avoiding corneal transplantation at the time of PPV. The panel’s debate during and after the video concerned whether it would have been better to combine PPV with penetrating keratoplasty (PK) instead of performing PPV alone. The majority of the audience thought that the visualization through the hazy cornea was adequate to perform PPV. Some audience members noted that a PK would be necessary after PPV anyway, and that perhaps a PK before or at the time of PPV would have been a better choice. The patient did well after the PPV, according to Dr. Forlini.

Dr. Lazic presented a case of a macula-on rhegmatogenous RD (RRD) with a nuclear sclerotic cataract. He performed PPV with an endolaser and fluid-gas exchange. Dr. Lazic pointed out that phacoemulsification is often performed during PPV. The positives and negatives of combined surgery were the subject of a lively debate. On the positive side, a single surgical session is optimal, especially if the desired outcome is achieved. However, depending on the complexity of the RD, some believe that it is better to address the RD and then do a staged procedure for the cataract extraction. To complete a combined surgery, the surgeon must be proficient at both procedures. It should be noted that many retina surgeons do not routinely perform cataract surgery. 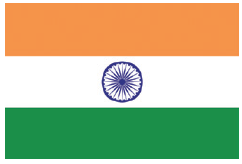 I had the honor of presenting a case submitted by Manish Nagpal, MS, DO, FRCS(Edin).

Dr. Nagpal’s case concerned a chronic total RRD in a patient with proliferative vitreoretinopathy and subretinal silicone oil 360° that was present after an unsuccessful attempt at total RRD repair.

First, he initiated silicone oil removal from the vitreous cavity via a silicone oil–fluid exchange. After the exchange, the entire retina remained detached, and he observed that the peripheral retina was chronically detached and ischemic. He placed PFO on the surface of the retina out to the periphery and then performed a 270° retinectomy to flatten the retina centrally. He could remove the remaining subretinal silicone oil only after PFO installation. Dr. Nagpal performed endocautery at the edge of the ischemic retina, again injected PFO, and performed a PPV using scissors mode to remove the peripheral retinal tissue necessary to flatten the retina. He then performed endolaser photocoagulation for 360° at the edges of the retinectomy.

A complete fluid-air exchange was initiated while PFO kept the central macula flat. This was followed by removal of the PFO, more endolaser photocoagulation, and reapplication of silicone oil to address the chronic RRD.

The VBS–Mediterranean Retina symposium sparked the type of discussion that the VBS is known for. I was honored to represent the VBS at this meeting, and the VBS team looks forward to collaboration with international societies in the coming years.

Surgical Pearls for the EVA Platform

Tricks of the Trade