The peculiar shape led to the preservation of good vision.

A 37-year-old man presented with sudden onset of floaters in his right eye (OD). VA was 20/16 OD. He reported no hypertension, diabetes, or trauma. When asked if he had performed the Valsalva maneuver, the patient said no. 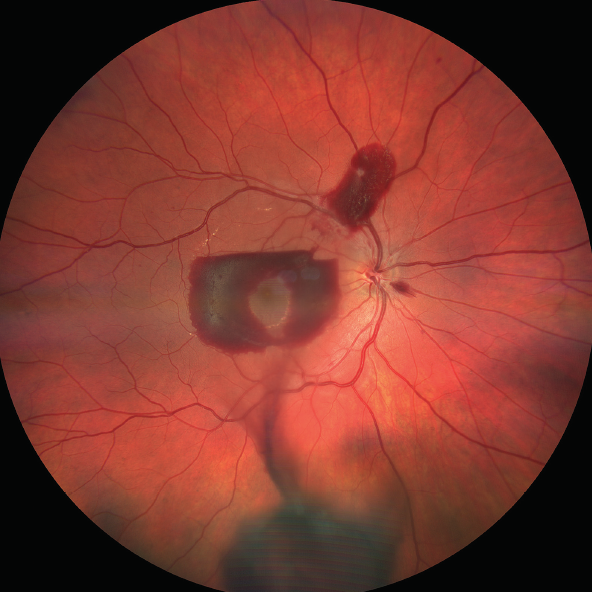 Figure 1. Fundus examination of patient's right eye revealed a donut-shaped subhyaloidal hemorrhage in the macula, a preretinal hemorrhage at the superior arcade, a flame-shaped peripapillary hemorrhage, and an inferior vitreous hemorrhage.

On ocular examination, both anterior segments and the left fundus were normal. Right fundus examination revealed a donut-shaped subhyaloidal hemorrhage in the macula, a preretinal hemorrhage at the superior arcade, a flame-shaped peripapillary hemorrhage, and an inferior vitreous hemorrhage (Figure 1). The diagnosis was thought to be Valsalva retinopathy, despite the patient's assertion.1

Interestingly, the fovea was spared by the subhyaloidal hemorrhage, allowing maintenance of good vision. This can be explained by the typical distribution of vitreomacular adhesion in people in this age group. The posterior vitreous is most adherent at the fovea, the optic disc, and around the arcades, whereas it is less adherent in the mid-macula. The relatively weaker adhesions provided a cleavage plane for the blood to spread in a donut shape, sparing the fovea. The distribution of the subhyaloidal hemorrhage, as well as a stage 1 posterior vitreous detachment,2 were confirmed on OCT (Figure 2). 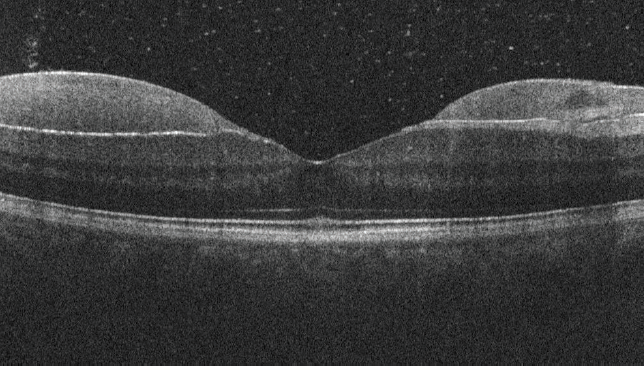 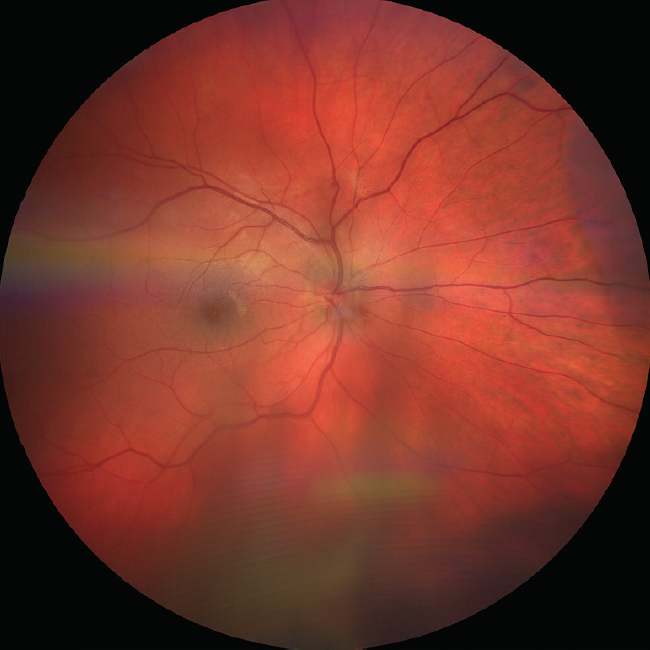 Figure 3. At 1 month, the patient's fundus examination was unremarkable.

Observation was recommended. At the 1-month follow-up visit, the fundus appearance had returned to normal, with mild residual inferior vitreous hemorrhage (Figure 3) and VA of 20/16 OD.

To share an image, contact Manish Nagpal, MS, DO, FRCS(Edin), at drmanishnagpal@yahoo.com.
Note: Images should be 400 dpi or higher and at least 10 inches wide.

Every Millimeter Counts for Nevus Transformation Into Malignant Melanoma