A brief review of literature on positioning after macular hole surgery.

Postoperative positioning after macular hole (MH) surgery has been controversial. The position of the head postoperatively is significant because of the mechanics of intraocular gas tamponades, which aid in sealing a MH after removal of the internal limiting membrane. Facedown posturing (FDP) is recommended by many vitreoretinal surgeons so that the gas bubble can be apposed to the MH for a sustained time period. This is thought to improve the chance that the hole will close and heal. Prone positioning, however, can be uncomfortable, inconvenient, and at times not possible for the patient.

The subject is controversial because there is disagreement over whether or not positioning improves outcomes. This article presents summaries of a sampling of recent publications on this issue.

Comparison of face-down posturing with nonsupine posturing after macular hole surgery: a meta-analysis.

The study suggests that adhering to strict FDP could improve MH closure rate; however, the authors note, patient compliance with FDP is often difficult. Notably, this study did not consider postoperative visual acuity.

No face-down positioning surgery for the repair of chronic idiopathic macular holes.

This retrospective study examined MHs with a duration greater than 1 year, performed by a single surgeon at the Mayo Clinic in Rochester, New York. The study included 18 eyes of 18 patients with chronic idiopathic MHs. The mean MH duration was 5.0 ± 6.9 years. Postoperatively, all patients were instructed to maintain a face-forward, eye-forward head position for 1 hour and then, after each subsequent hour, maintain a face-forward, eye-down position for 15 minutes. Patients were also instructed to avoid sleeping on their back. These positions were recommended for the first 3 to 5 days after surgery. Patients were evaluated for MH closure by slit-lamp biomicroscopy and spectral-domain OCT. All OCTs were analyzed by one researcher to avoid interobserver variation. MH closure was achieved in 17 of 18 (94.4%) eyes. The authors concluded that NSP may be noninferior to FDP.

Macular hole surgery recovery with and without face-down posturing: a meta-analysis of randomized controlled trials.

This meta-analysis included randomized controlled trials up to January 2019 that compared surgeries with postoperative FDP versus those with NSP, and performance of intraoperative internal limiting membrane (ILM) peeling was required. The final analysis comprised five trials including 358 total eyes. The MH closure rate was higher in the FDP group (OR 2.27, 95% CI 1.02-5.05, P = .04). Subgroup analysis showed a significant difference in closure rate for holes larger than 400 µm, but not for those smaller than 400 µm. The authors note that in larger holes “the distance between the broken ends of the retina is so large” that, even after traction is relieved with vitrectomy and ILM peeling, “it requires a strict prone position to ensure that the gas bubble, under a sufficient or partial absorption state, keeps the intraocular gas-macula contact extended, drawing the edges of the hole into apposition with each other, thus providing a scaffold for the migration of glial cells, blocking fluid entry into the hole and moving the subretinal fluid to reattach the retina.” In contrast, smaller holes may require only gas tamponade to achieve successful anatomic healing.

This study was one of the few randomized controlled trials completed recently about the topic in question. The trial included 80 eyes that underwent vitrectomy, ILM peeling, and gas tamponade. Patients were treated as inpatients to allow close monitoring. Forty eyes maintained FDP while the other 40 were allowed NSP. At postoperative visits, closure of MHs was confirmed by OCT. At postoperative days 1, 2, and 3, there was no significant difference in the percentage of patients with MH closure between the two groups (P = .84-.97). By 2 weeks postoperative, MH closure was confirmed by OCT in 90% of eyes in the FDP group and 92.5% in the NSP group (P = .91). At 3 months postoperative, none of the holes that closed had reopened. Additionally, there was no significant difference in improvement in BCVA between the two groups at 1 month (P = .22) and at 3 months (P = .45).

The results of the study suggest that FDP may not be required to facilitate either faster hole closure or improved visual acuity. Taken together with the results of the other studies described above, it may be concluded that strict prone positioning may not be necessary after MH repair.

Adherence to face-down and non-supine positioning after macular hole surgery.

This study compared the rate of adherence to the prescribed postoperative positioning in patients who underwent MH repair and were hospitalized at a university hospital in Japan. One subset of patients was instructed to maintain FDP for 3 days, and the other was instructed to maintain FDP for 3 hours and then switch to NSP for 3 days. Patients were evaluated by nursing staff seven times per day to check for adherence (Figure). Among 92 total patients, the mean adherence rate of 99.3% ± 2.7% in the NSP group was significantly higher than that in the FDP group (93.7% ±1 3.3%; P < .001). MH closure was achieved in all 92 (100%) patients. 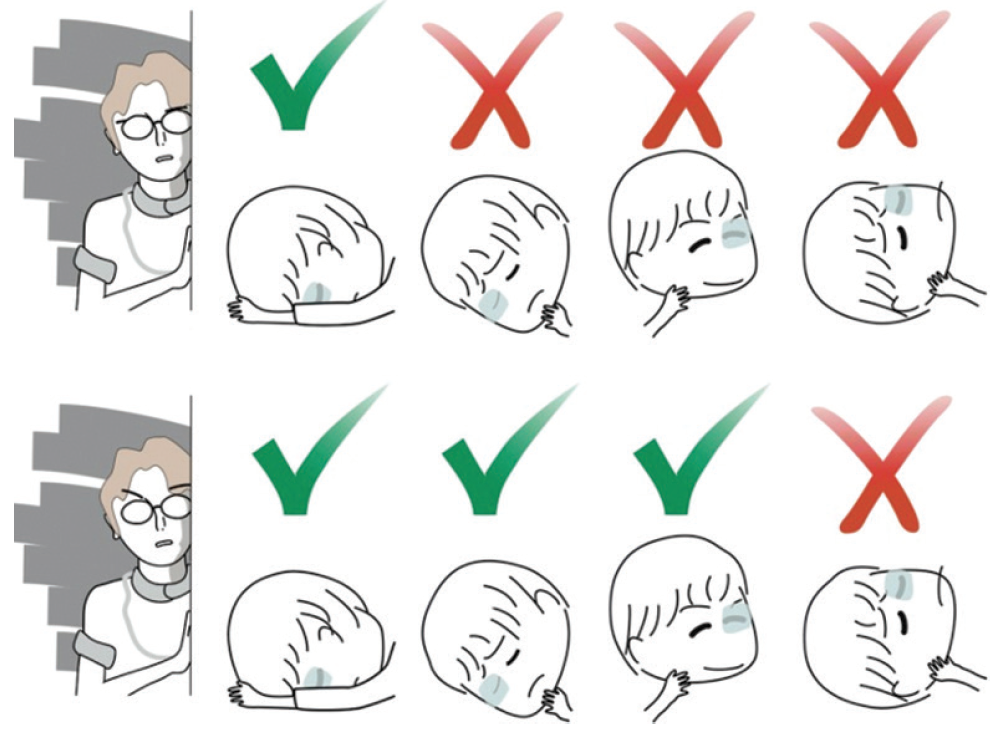 Although it cannot be concluded that NSP will always result in the same outcome as FDP, the authors note that NSP is easier to comply with and may result in a favorable outcome comparable to that with FDP.

The Puzzle of Surgery