A Review of Clinical Trial Data for DME: BOULEVARD and MEAD

Dissecting the data from two studies provides perspective on the interaction of therapies with this disease.

Advancement of commercially available therapy for diabetic macular edema (DME) has not evolved significantly for several years. Although approved therapeutic options for DME are adequate for many patients, concerns about durability and efficacy remain.

Here, we discuss two clinical trials—BOULEVARD and MEAD—and review the implications of the trials’ findings.

Reviewing these studies side by side provides perspective on the treatment of DME. The MEAD study is a foundational text in the modern era of DME treatment, and revisiting it refreshes our understanding of a seminal trial. BOULEVARD’s importance may be that it has served as the foundation for phase 3 research, and it provides a glimpse into researchers’ priorities and goals.

Faricimab (Genentech/Roche) is the first bispecific antibody for intraocular use that binds and neutralizes both angiopoietin-2 (Ang-2) and VEGF-A. The BOULEVARD study was a phase 2 prospective, randomized, double-masked trial designed to assess the efficacy and safety of faricimab in patients with DME. Addressing the role of VEGF in DME (which is done by administration of anti-VEGF agents) may be only one component of treating this disease. Faricimab was designed to address the potential of affecting the additional angiopoietin pathway.

Ang-1 and Ang-2 are key cytokines in the angiopoietin pathway and interact with transmembrane receptor tyrosine kinase (Tie2). The activation of Tie2 by Ang-1 promotes vascular stability, pericyte recruitment, and the inhibition of vascular permeability factors. In proangiogenic states such as hypoxia, hyperglycemia, or oxidative stress, Ang-2 is upregulated and competitively binds to Tie2, competing with Ang-1. This binding of Ang-2 to the Tie2 receptor has been shown in multiple basic science settings to lead to endothelial destabilization, inflammation, and breakdown of the blood-retina barrier. As a novel anti–Ang-2/anti-VEGF bispecific antibody, faricimab binds to VEGF-A and Ang-2. Blocking Ang-2 may stabilize vasculature structures in patients with DME.

Researchers in the phase 2 BOULEVARD trial enrolled 229 patients, 168 of whom were treatment-naïve and 61 of whom had been treated with anti-VEGF agents. Patients had center-involving DME, BCVA of 73 to 24 ETDRS letters, and central subfield thickness (CST) of at least 325 µm. 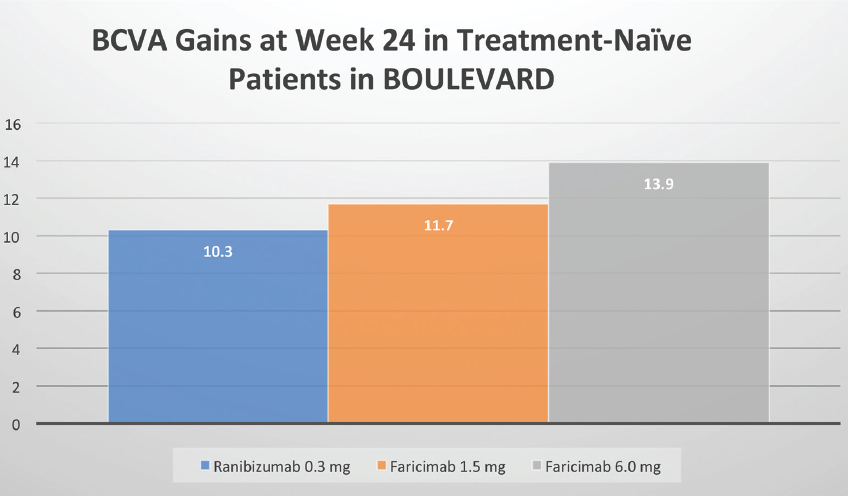 Figure 1. In BOULEVARD, at 24 weeks, treatment-naïve patients in the 6.0 mg faricimab group demonstrated a significantly greater gain in ETDRS letters compared with patients in the 0.3 mg ranibizumab group.

At week 24, a majority of patients in each arm gained at least 10 ETDRS letters (59.2% in the ranibizumab arm, 60.6% in the 1.5 mg faricimab arm, and 72.1% in the 6.0 mg faricimab arm). At week 24, adjusted mean change in CST was -204.7 µm, -217.0 µm, and -225.8 µm for those same groups, respectively. There was a greater probability for patients treated with 6.0 mg faricimab to exhibit a longer time to retreatment compared with patients treated with ranibizumab. Faricimab was well tolerated, with a safety profile similar to that of ranibizumab.

Data from BOULEVARD suggest a benefit of combined Ang-2/VEGF-A blockade over anti-VEGF monotherapy. This combined therapy may provide additional vascular stability and could be responsible for increased efficacy and durability. In patients with DME, faricimab therapy resulted in significantly higher BCVA gains compared with ranibizumab therapy and demonstrated reduction in CRT and extended durability.

MEAD, a pair of randomized, multicenter, masked, sham-controlled phase 3 clinical trials, evaluated the safety and efficacy of the intravitreal dexamethasone implant 0.7 mg (IDI; Ozurdex, Allergan) in patients with DME. A total of 1,048 patients with DME with BCVA between 20/50 and 20/200 and CRT of at least 300 µm on time-domain OCT were randomly assigned 1:1:1 to receive 0.7 mg IDI, 0.35 mg IDI, or a sham procedure. Patients were followed for 3 years, and the primary efficacy endpoint was BCVA gain of at least 15 letters.

Overall, BCVA was reduced in the IDI group at 15 months. Researchers attributed this to development of visually significant cataracts, which correlated with a reduced benefit of treatment. Vision improved after cataract extraction and remained improved in the IDI group through the end of the study. 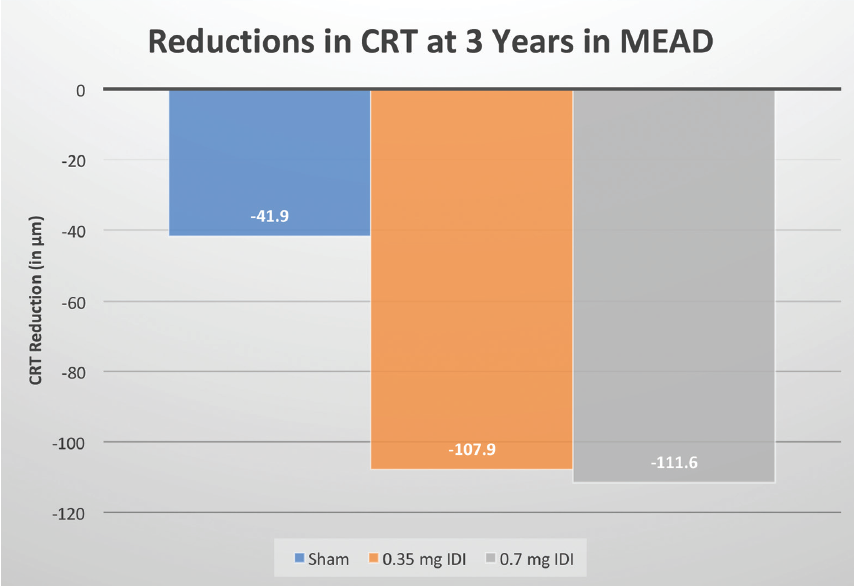 Figure 2. A dose-dependent response in CRT reduction was observed in patients with DME at 3 years in the MEAD study.

Since the FDA approved the 0.7 mg IDI in July 2014, the implant has served as a useful treatment for DME, especially in patients who do not have a good response to anti-VEGF treatment.

Data from the 2014 MEAD trial tell us what many of us in 2020 already know: that a 0.7 mg intravitreal dexamethasone implant is an effective tool for treating DME, especially in patients who are suboptimal anti-VEGF responders. Still, parsing the data reminds us that other factors that may mitigate visual gains (ie, cataract formation) or IOP medication burden (ie, treated steroid-associated IOP increased with topical therapies) are factors to weigh when considering DME therapy.

The BOULEVARD trial provides a signal for hope—hope for reduced treatment burden, for a better understanding of a new mechanism of action, for a new option for patients with DME whose disease response has hit a ceiling with our existing anti-VEGF medications. The coming years will reveal a future for DME therapy in which hopefully we can provide greater benefit for patients with less interference in their daily lives.