Clinical Impact of the GATHER1 Trial for Geographic Atrophy

New data show that a treatment for this disease may be on the horizon.

Results of GATHER1, a phase 2/3 trial evaluating the efficacy and safety of the novel complement C5 inhibitor avacincaptad pegol (Zimura, Iveric bio), were announced in June.1 (The trial was re-named in June. It originally was called OPH2003.2) Avacincaptad is administered via intravitreal injection. The study reached its primary efficacy endpoint of reducing the rate of geographic atrophy growth over 12 months as compared with sham injections, according to a release from Iveric.

To learn more about the results of this trial, I interviewed Carl D. Regillo, MD, Chief of the Retina Service at Wills Eye Hospital.

Matthew R. Starr, MD: How do you interpret the results of the GATHER1 trial?

Carl D. Regillo, MD: GATHER1 was a phase 2/3, double-masked, prospective, sham-controlled study. Researchers in the study found that monthly doses of 2 mg and 4 mg of avacincaptad resulted in a reduction by 27% to 28% in the rate of geographic atrophy (GA) growth. This reduction was statistically significant (P = .007 and P = .005 for the two doses, respectively) at the primary endpoint of 12 months. A favorable safety profile was reported. Both doses showed a similar benefit compared with the control group. Furthermore, the treatment and sham curves showed early separation for both doses, evident by month 6, with continued divergence and an increasing magnitude of effect through 18 months. The drug was well tolerated, and no intraocular inflammation or endophthalmitis were reported.

Dr. Starr: Given these results, what do you expect from the phase 3 trial GATHER2?

Dr. Regillo: GATHER2 (also known as ISEE20082) will be a confirmatory phase 3 study that is designed similarly to GATHER1. Both studies have enrolled patients with nonfoveal GA in the study eye and have a primary endpoint of 1 year. Patients in GATHER2 will receive 2 mg avacincaptad monthly. Based on similarities in study design and the definitive statistical significance of the data in GATHER1, there is a high likelihood of having a successful trial that meets its primary endpoint of significantly slowing the growth rate of GA at 1 year.

What is different in GATHER2, however, is that after month 12 researchers will randomly reassign patients to either monthly or every-other-month dosing. This information will provide data on the need to continue monthly dosing beyond the first year to maintain the same degree of benefit on the rate of GA growth in practice.

Dr. Starr: What is different about avacincaptad compared with lampalizumab (Genentech), the compliment inhibitor that showed promise for treating GA in early trials but then faltered in later phase trials?

Dr. Regillo: Lampalizumab showed evidence of some reduction in GA growth compared with sham in an exploratory hypothesis-generating phase 2 study, but the P value for significance in that study was 0.2, and thus the study did not provide a high level of certainty that the effect was real. Subsequently, in the pivotal phase 3 Chroma and Spectri studies, the differences in GA reduction observed between lampalizumab and control were not statistically significant.3 It could be that the mechanism of action of lampalizumab (ie, binding complement factor D) focused on a portion of the complement system that was too far upstream, potentially leaving downstream pathologic complement processes unchecked.

With avacincaptad, the effector components of all three arms of the complement cascade are potentially blocked by targeting C5, which, in turn, ultimately inhibits both inflammasome and membrane attack complex formation. This broader mechanism of action may be more effective in treating GA.

Dr. Starr: If the phase 3 trial is successful and avacincaptad is approved by regulatory bodies for the treatment of GA, how do you envision it changing management of GA and dry AMD?

Dr. Regillo: Having a drug that reduces the growth rate of GA would fulfill a major unmet need in our patients with GA. The US FDA has not approved a treatment for the treatment of GA growth; even AREDS formula supplementation has no known effect on GA. When we have an effective therapy, I envision using it in potentially all patients with vision-threatening GA. 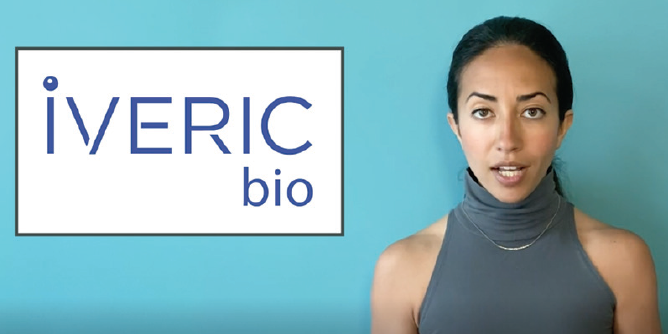 Dr. Starr: Would you begin treating patients with small, nonfoveal-involving islands of GA with monthly injections?

Dr. Regillo: This drug may be an option for any patient with nonfoveal GA in which the GA represents a threat to visual acuity. GA lesions are areas of cell death in the macula, and our goal is to prevent the enlargement of this area to prevent or slow progression of patients’ difficulties with certain visual tasks such as reading, driving, and cooking. I believe that any patient with nonfoveal GA could potentially benefit if one or both eyes meet the eligibility criteria used in GATHER1 and GATHER2.

Dr. Starr: What do you make of the higher rates of choroidal neovascularization (CNV) seen in avacincaptad-treated eyes compared with sham eyes in GATHER1?

Dr. Regillo: Dose-related higher rates of CNV in eyes with GA being treated with a complement blocker were first seen in the phase 2 Filly study,4 which evaluated the safety and efficacy of the C3 blocker pegcetacoplan (APL-2, Apellis Pharmaceuticals). Higher rates of CNV were detected in avacincaptad-treated eyes in GATHER1, although the differences in CNV rates between the sham arm and the avacincaptad monthly dose arms were lower than has been reported for monthly pegcetacoplan.

We will know more about the exact rates of this potential side effect when we acquire additional phase 3 data. Without any treatment, patients with GA will lose vision over time. The good news is that CNV in the setting of GA appears to progress slowly. Eyes in the clinical trials that converted to neovascular AMD still did well, thanks in large part to the anti-VEGF treatment options we already have. Of course, for a patient receiving avacincaptad therapy, treating CNV in the presence of GA could require two intravitreal injections. Physicians and patients will need to weigh this risk when considering the use of a complement blocker in practice.

Strategies for Ophthalmologic Screening of Neonates During Pandemic

A Stroke of Serendipity