When to Use Steroids for Retinal Vein Occlusion

Retinal vein occlusion (RVO) is the second most common retinal vascular disorder after diabetic retinopathy (DR).1-5 It can result in vision impairment or blindness if left untreated. Estimates are that 16 million people worldwide are affected by RVO in one or both eyes, and the incidence of RVO is approximately 520 new cases per 1 million annually.1-5 The risk of RVO markedly increases with age, with the disease typically occurring in patients older than 50 years.1-5

• If left untreated, RVO can result in vision impairment or blindness.

• In the early stage of RVO there are changes in blood flow and to the dynamics of circulation, which generate the release of inflammatory mediators.

• There is no single therapy for all subtypes of RVO. Current treatment centers on prompt control of the inflammatory cascade and avoidance of the potential complications of ME.

• Approved pharmacologic therapy may be considered a first-line option for ME due to BRVO and CRVO.

The natural history of BRVO can be benign; in approximately 55% of cases, final visual acuity is 20/40 or better without treatment. However, depending on three factors—location and extent of the occlusion, integrity of arterial perfusion, and collateral circulation—complications such as macular edema (ME) and neovascularization can appear in 60% and 25% of cases, respectively. 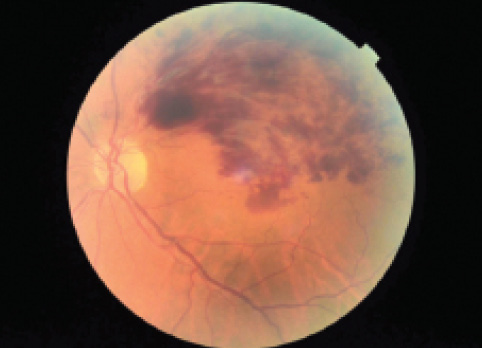 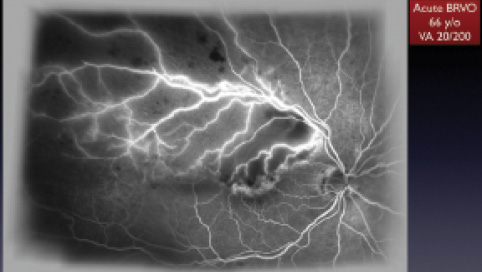 CRVO (Figures 4 and 5) is less frequent than BRVO, but it can be more severe, with a greater risk of serious complications and vision impairment. Causes can be local (glaucoma), and/or systemic (hematologic abnormalities such as hypercoagulability, among others). The incidence of CRVO is eight per 10,000 per year.9,10

In some cases, functional tests such as visual acuity, visual field, afferent pupillary defect assessment, and electroretinography, or anatomic tests such as retinal examination and fluorescein angiography (FA) can help to distinguish the clinical form of CRVO.

In the early stage of RVO there are changes in blood flow and in the dynamics of circulation. This generates the release of inflammatory mediators such as interleukin (IL)-1, IL-6, IL-8, monocyte chemoattractant protein-1 (MCP-1), VEGF, and intracellular adhesion molecule-1 (ICAM -1), causing an increase in vascular permeability, leukocyte infiltration, and tissue remodeling. In the tissues that are the substrate of the inflammation, endothelial malfunction and the development of edema occur. ME can undergo acute or chronic evolution.11 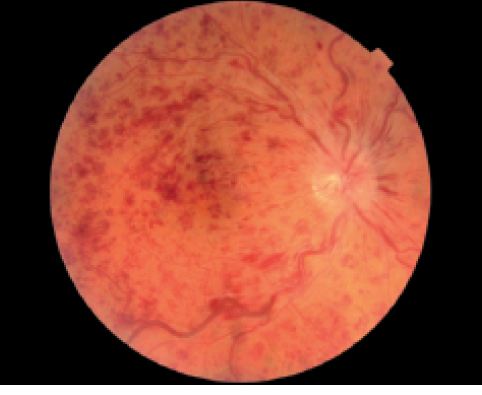 Figure 4. Fundus photo of a 70-year-old patient with acute CRVO in the right eye. Visual acuity was 20/200.

There is no single therapy for all subtypes of RVO. Current treatment of RVO centers on prompt control of the inflammatory cascade and avoidance of the potential complications of ME, which can include permanent retinal damage and irreversible vision loss due to cystic degeneration, lamellar macular hole formation, and epiretinal membrane formation and retinal atrophy.12 As a consequence, prompt treatment of ME is called for. Four options are available: watchful waiting (ie, observation), pharmacologic therapies, laser photocoagulation, and surgery.

Among pharmacologic therapies, two classes of drug are in common use: anti-VEGF agents and steroids. In comparison with anti-VEGF agents, steroids have the advantage of targeting the three components of the pathophysiology of RVO. They reduce ME through inhibition of multiple inflammatory mediators (in addition to VEGF), they stabilize the blood-retina barrier, and they decrease vascular permeability and edema (Table). 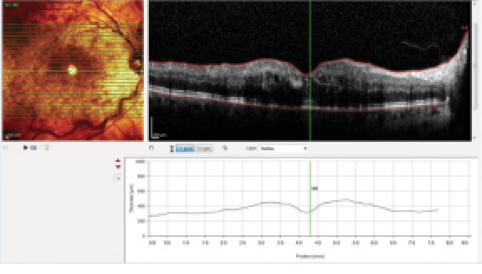 Dexamethasone
The efficacy of the dexamethasone intravitreal implant 0.7 mg (Ozurdex, Allergan) lasts for up to 6 months. It is approved for treatment of ME secondary to BRVO or CRVO by regulators in the European Union, the United States, and other countries worldwide. This implant offers a potent corticosteroid therapy that suppresses inflammation, an important event in the pathophysiology of RVO, by inhibiting key inflammatory mediators that are associated with disease severity. Multiple prospective and retrospective studies have described the morphologic and functional results with the implant, in combination or as monotherapy, and have evaluated the safety and efficacy of this treatment for RVO.5,24-30

Fluocinolone Acetonide
The fluocinolone acetonide intravitreal implant 0.19 mg (Iluvien, Alimera Sciences) is approved by the US Food and Drug Administration for the treatment of diabetic ME, not for ME secondary to RVO. Its use for RVO is an off-label indication.

Treatment for RVO must be individualized because there is interindividual variability in presentation. Current treatment for ME secondary to RVO is aimed at the prompt control of the inflammatory cascade and avoidance of potential complications. The goal of RVO management is to reduce retinal complications while improving patients’ vision and quality of life.

Among the available steroid therapies for RVO, dexamethasone has been shown to lead to significant improvement in BCVA in patients with ME associated with RVO, with similar results in both BRVO and CRVO. Earlier treatment is associated with better visual acuity outcome and is well tolerated. Increases in intraocular pressure return to baseline by 6 months and 1 year, and side effects are similar after a second injection.

Approved pharmacologic therapy may therefore be considered a first-line option for ME due to BRVO and CRVO. Use of the dexamethasone intravitreal implant reduces the number of injections needed when compared with anti-VEGF injections, and it addresses the ME in RVO through multiple mechanisms of action.

11. Kern TS. Contributions of inflammatory processes to the development of the early stages of diabetic retinopathy. Exp Diabetes Res. 2007;2007:95103.

Why Small-Gauge Endoscopy Should Not Be Overlooked

Supported by an unrestricted educational grant from Regeneron Pharmaceuticals.