As the Worm Turns

A 19-year-old man presented with vision loss in his left eye that had begun several months earlier. His ocular and medical history was unremarkable. VA was 20/20 OD and count fingers OS. An examination of the right eye was normal. The left eye showed extensive retinal pigment epithelium atrophy in the posterior pole but no anterior segment findings, as shown on the flourescein angiogram (Figure 1). No signs of intraocular inflammation such as vitritis, vasculitis, or vitreous cells were noted. 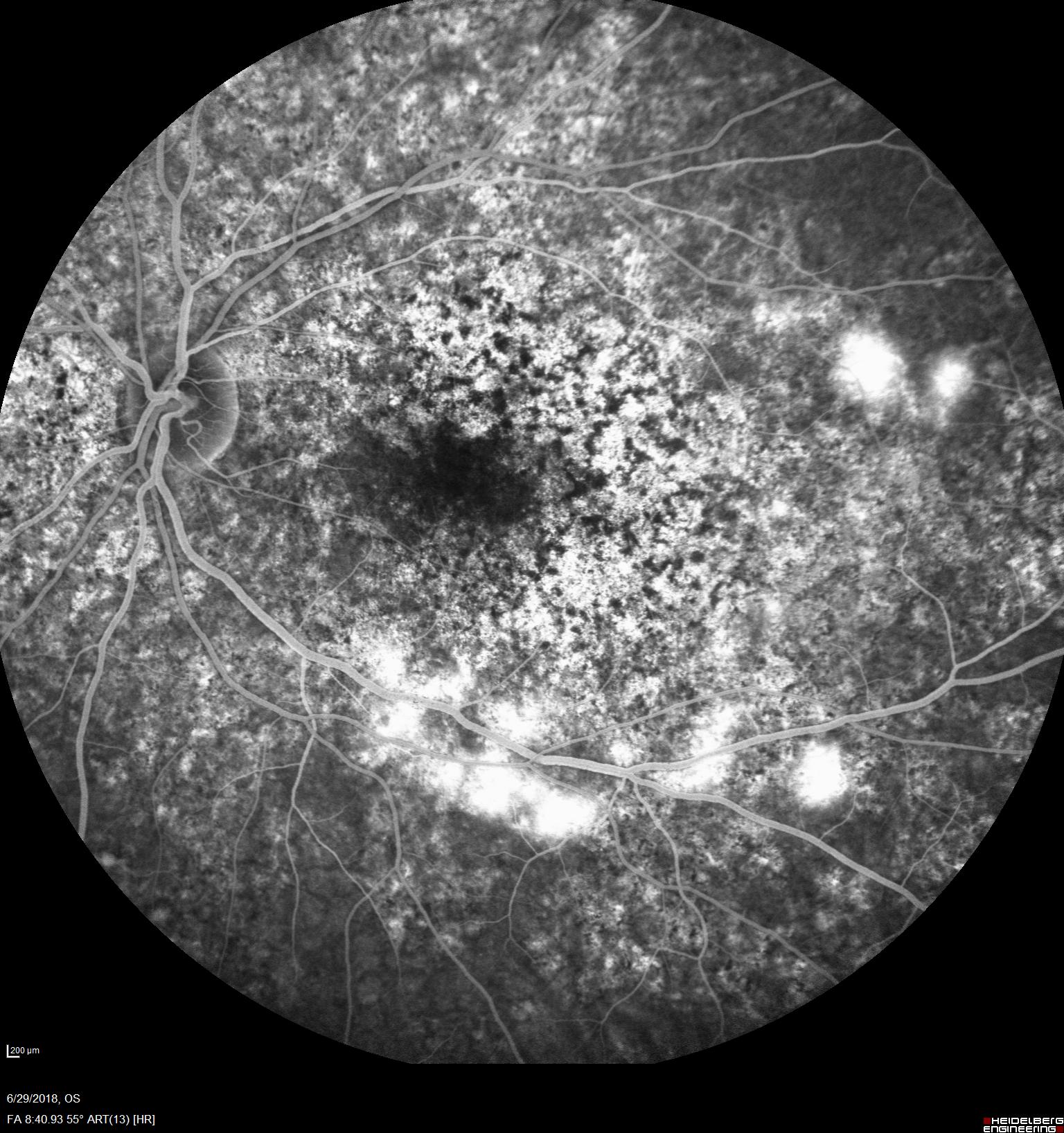 Laboratory workup for causes of uveitis was unremarkable. At his follow-up examination 2 weeks later, color fundus photographs revealed a worm in the superior macula (Figure 2). Fluorescein angiography showed atrophy and focal areas of leakage in the temporal macula. 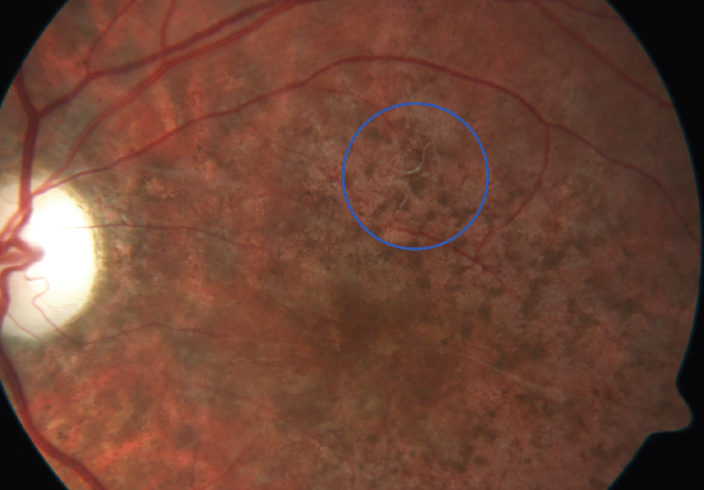 We questioned the patient about recent travel, animal exposure, and dietary or lifestyle changes; he reported nothing significant. We made a diagnosis of diffuse unilateral subacute retinitis (DUSN) and recommended treatment with laser ablation of the worm, oral albendazole, and added oral prednisone to control inflammation. 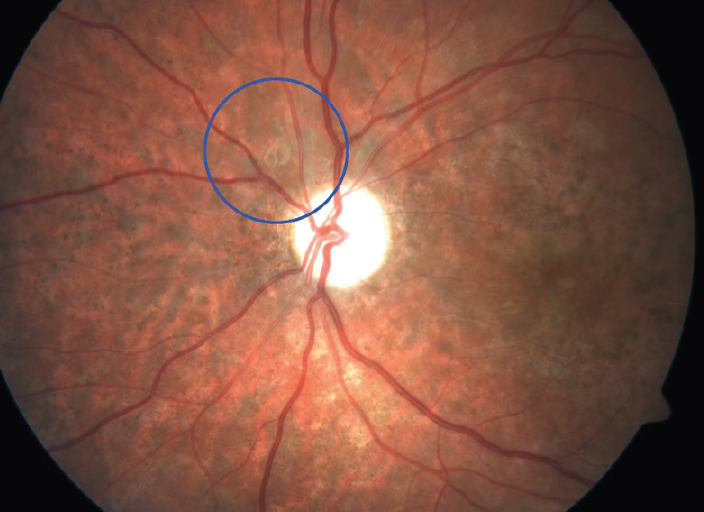 Figure 3. The worm, which had moved from its location, was found in the superonasal region near the optic nerve (blue circle).

Laser treatment was immediately performed using a large spot size with a long-duration burn (500 µm, 300 mW, 0.5 seconds) to completely photocoagulate the worm before it could move again (Figure 4). 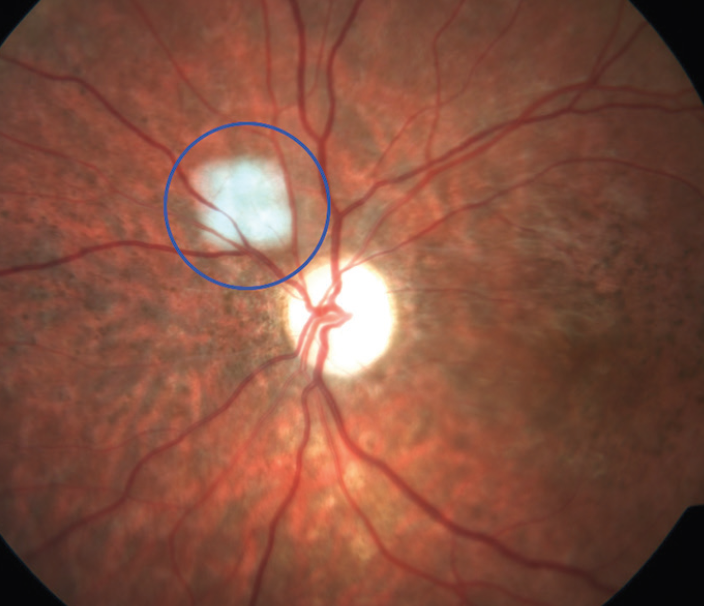 Figure 4. Photocoagulation was performed before the worm could move again. The region was addressed with long-duration laser ablation using a large spot size (blue circle).

The worm was absent when the patient returned 3 days later. The appearance of the fundus and VA were unchanged from the patient’s initial presentation (Figure 5). 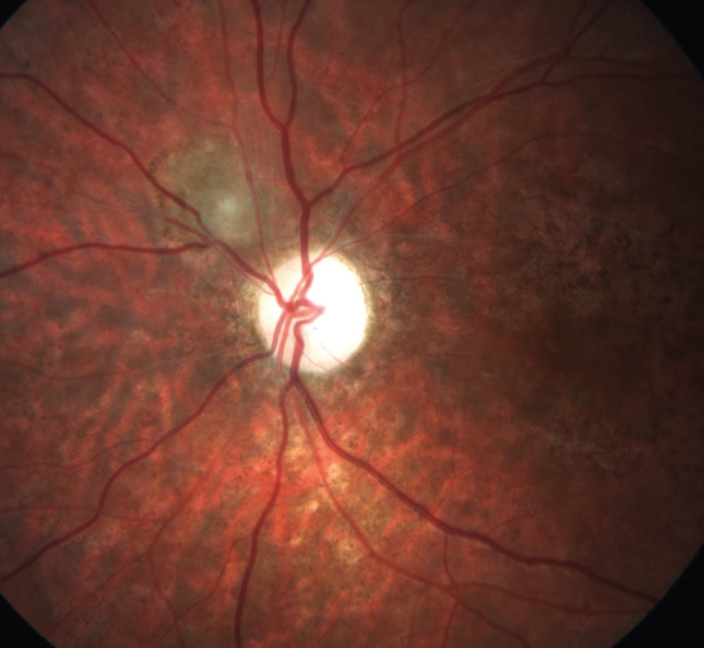 Figure 5. Three days after the worm had been ablated, the patient’s VA had not improved.

DUSN is a rare cause of unilateral vision loss caused by a nematode. Described by Gass in 1978, DUSN occurs in children and young adults. It presents as unilateral inflammation that eventually leads to optic atrophy, diffuse chorioretinal atrophy, and poor vision.1 Unfortunately, DUSN is typically diagnosed late in the disease course and only through recognition of the characteristic worm, as this case illustrates. Despite treatment with laser ablation and anthelmintic drugs, vision usually remains poor.

Ophthalmologists should consider DUSN in the diagnosis of children and young adults with unilateral inflammation, severe chorioretinal atrophy, and disproportionately poor vision.

My Switch to New Needles for Intravitreal Injection