A blueprint for creating a novel 3D-printed tool to facilitate uncapping of a syringe prefilled with an anti-VEGF agent.

Intravitreal injection of an anti-VEGF agent is an effective mainstay of treatment for neovascular age-related macular degeneration, diabetic macular edema, retinal vein occlusion, and myopic degeneration.1-5 The US FDA approved the use of a prefilled syringe (PFS) of 0.5 mg and 0.3 mg of ranibizumab (Lucentis, Genentech) in October 2016 and March 2018, respectively.5

The use of a PFS has been associated with a reduced rate of endophthalmitis. It allows physicians to eliminate several steps from the preparation and administration process, including disinfecting the vial, attaching a filter needle to draw up medication, and removing this needle and replacing it with an injection needle.6 These capped syringes come filled with 0.165 mL of ranibizumab at the indicated concentration. To prepare the drug for administration, the physician or assistant snaps the cap off the syringe and attaches a sterile 30-gauge needle to administer the drug. The PFS, however, is modest in length (71.88 mm), and the cap measures 10.1 mm.5 These small sizes can make maintaining sterility difficult for individuals with large hands, gloved hands, and/or hands that have long fingernails (Figure 1). 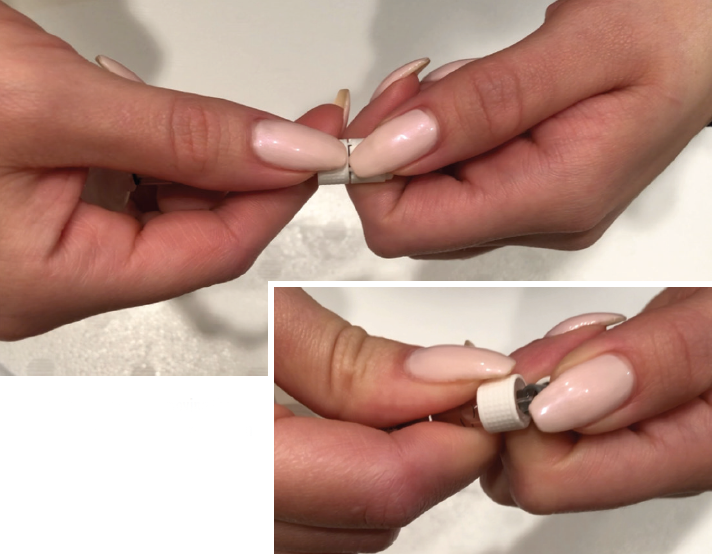 Figure 1. In the real world, removing the cap of a PFS can compromise sterility when the user’s hands are large or gloved or the fingernails are long.

To minimize this difficulty, we utilized 3D printing to create a tool that facilitates the uncapping of a PFS. The modified doughnut-shaped disc has a central opening that is 10 mm in diameter and 11 mm deep. (Figure 2A). When the cap is placed in this opening, squeezing the disc effectively and efficiently snaps the cap off the PFS (Figure 2B). The cap may then be removed quickly, reproducibly, and in a sterile fashion. 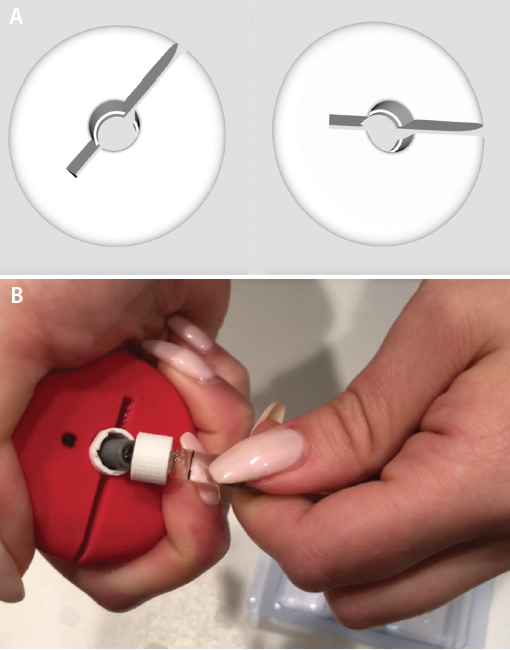 Figure 2. Blueprint of a 3D-printed tool to uncap a PFS (A). The tool is easy to use and facilitates the maintenance of sterility (B).

The authors wish to acknowledge Mr. Steven Herman of the Germantown Academy in Fort Washington, Pennsylvania, for his valuable and professional guidance during the planning and development of this project. They also wish to express appreciation for the 3D design and printing resources of the Beard Center for Innovation at the Germantown Academy.

Management of Retinal Detachment Due to Giant Retinal Tear